The Howard County Cup Races were run on the first Saturday in May – the same day as the Kentucky Derby – as is tradition. The race day card followed its usual alternating schedule with the juniors starting the day. Teddy Davies rode Classical Art to win the Jack Mobberly Field Masters Chase for horses a couple lengths in front of Charlie Marquez on Mast Strike. Teddy Davies also won the medium pony division on Elizabeth McCue’s Count Chocula.

The second race of the day was the feature race, the $10,000 Howard County Hunt Cup. Five horses ran but there was confusion during the race and all riders missed a flag. Therefore, no one was deemed the winner and all horses were listed as off course. 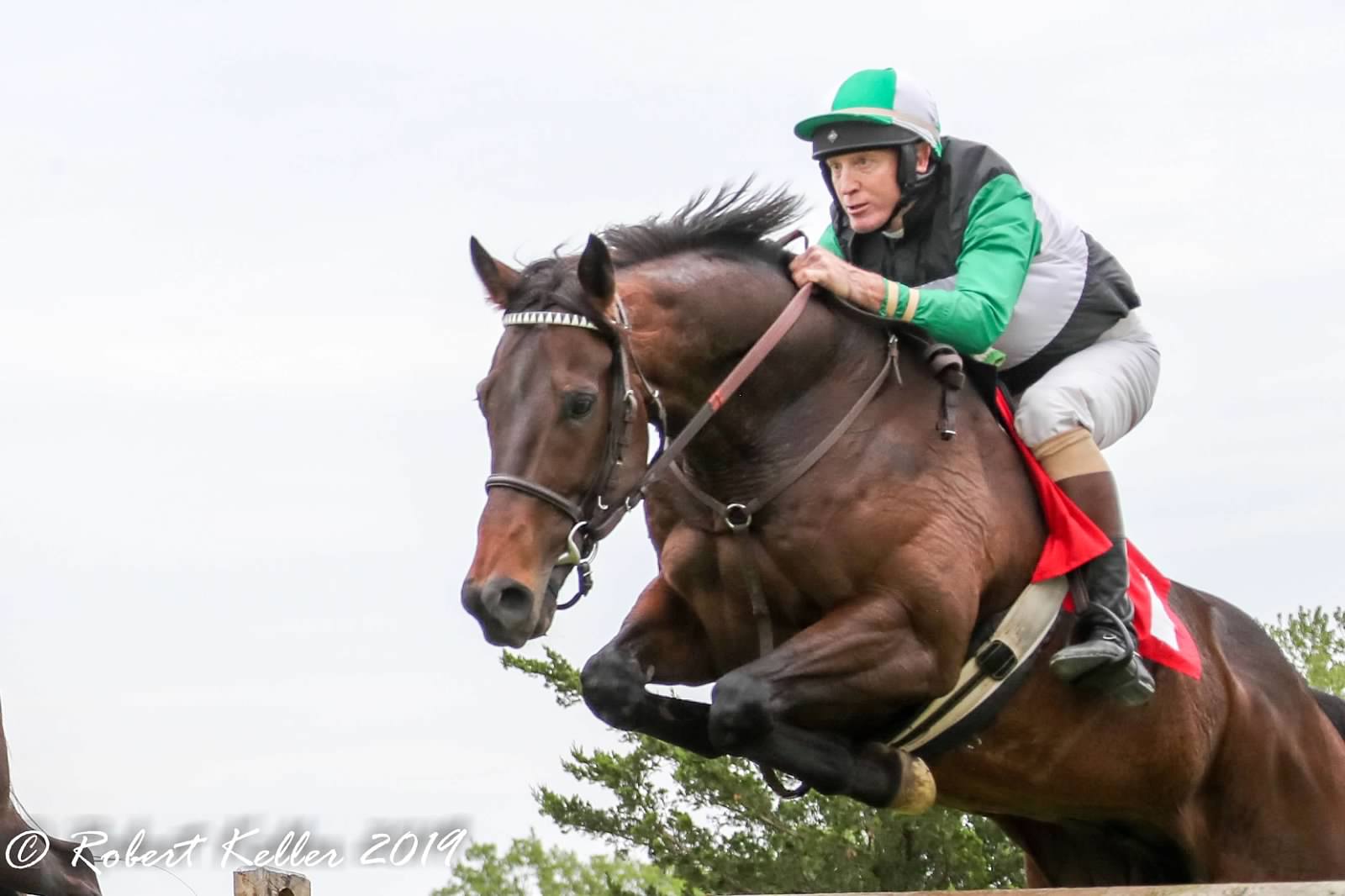 Woods Winants and Bridge Builder jump a fence early on in the Novice Timber Race.

The large pony division of the Junior Field Masters Chase was won by Austin Belt and Class Day. Class Day and Baboo were battling to the finish line but Teddy Davies and his mount missed the final flag and went off course. The final division, the small ponies, was won by Sophie O’Brien on her own Baby Blue.

The Hardwood Foxhunter Timber had only two entries; Julie Nafe rode Forgotten Knot to win by seven lengths over Givati Dancer. The rest of the ponies wrapped up the day. There were two divisions of the Lead Line Pony Trot Races; the first was won by Alexis Arbaugh on Little Bit and the second was won by Parker Reuwer on Harley Davidson. The last race before the Kentucky Derby was won by Carroway Tuesday with Daphne Walsh in the irons. This was a seven pony field, a flat race for shetland ponies.

We only have the Potomac Hunt Races and the Fair Hill Races left on our schedule!