Timber racing returned to Monkton on Saturday, April 16 for the 111th My Lady’s Manor Steeplechase Races. A record setting crowd attended the first of three historic timber meets in Maryland. The Grand National Steeplechase Races on April 23 and the Maryland Hunt Cup on April 30 are still to come.

The feature race, the $50,000 My Lady’s Manor Timber Stakes, was a six horse contest. Four of the six runners are Maryland Hunt Cup nominees: Hooded, Le Chevalier, Preseli Rock, and Mystic Strike. Tomgarrow and Schoodic (both timber stakes winners) completed the field. At the start, Leipers Fork Steeplechasers’ Tomgarrow and jockey Freddie Procter took the lead with the rest of the field following close behind. The pair never looked back and held off a challenge from Mystic Strike and jockey Eric Poretz to win by two and a half lengths. Leslie Young trained the winner. 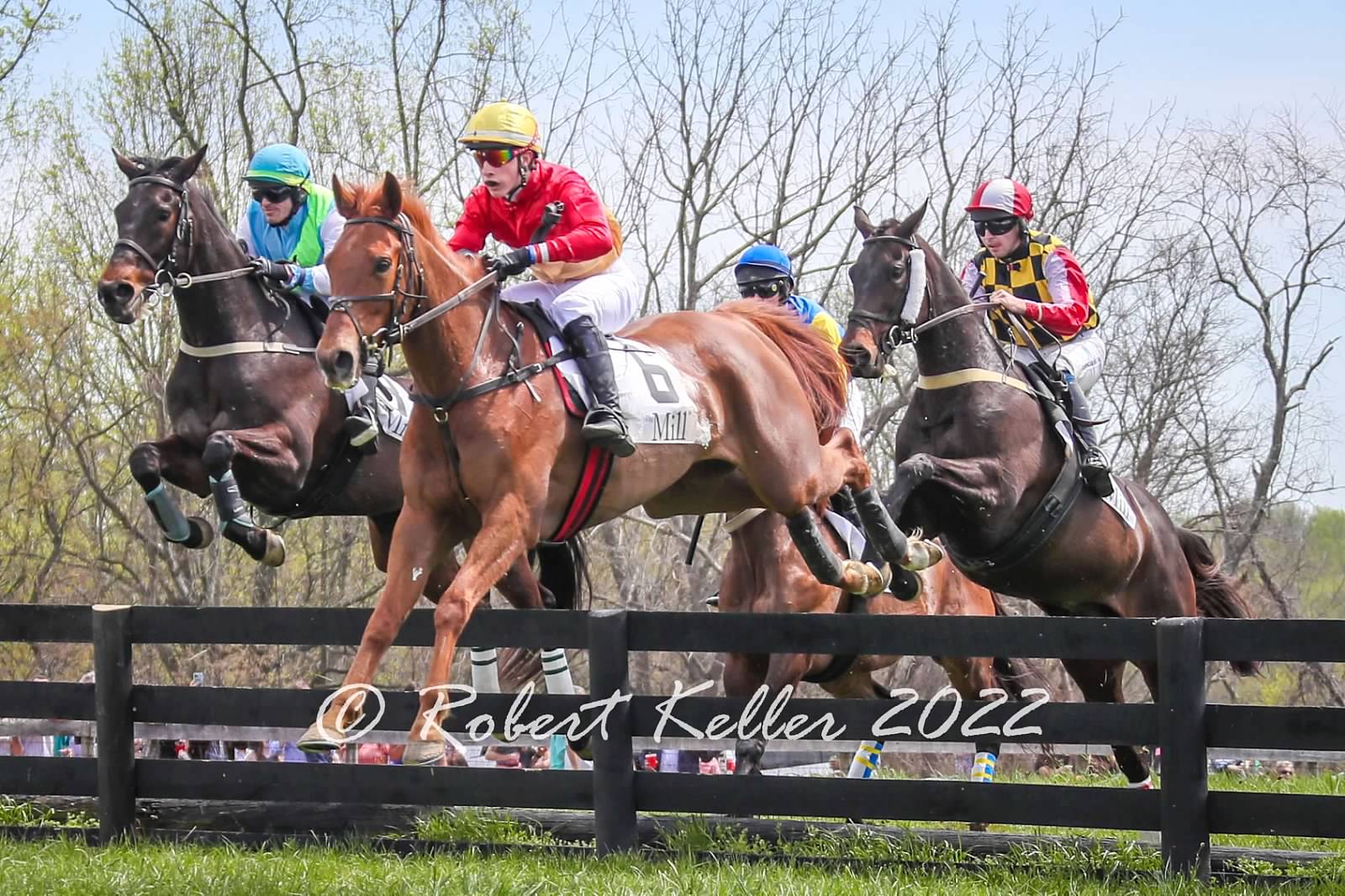 The second race of the day, the John Rush Streett Memorial for maiden timber horses was also a six horse field. Lost Story, a winner at the Elkridge-Harford Point-to-Point, took the lead at the drop of the flag, was briefly passed by Lucky Soul, but retook the advantage and led for the majority of the race. Our Friend and Teddy Davies sat close to the leaders the whole way, joined Lost Story and Elizabeth Scully four fences from home, and the pair raced as a team until Our Friend narrowly edged away from Lost Story in the stretch to win by a length. Our Friend is owned by Armata Stables and trained by Joseph Davies. Sideling Hill, the fourth place finisher, is another Hunt Cup nominee. 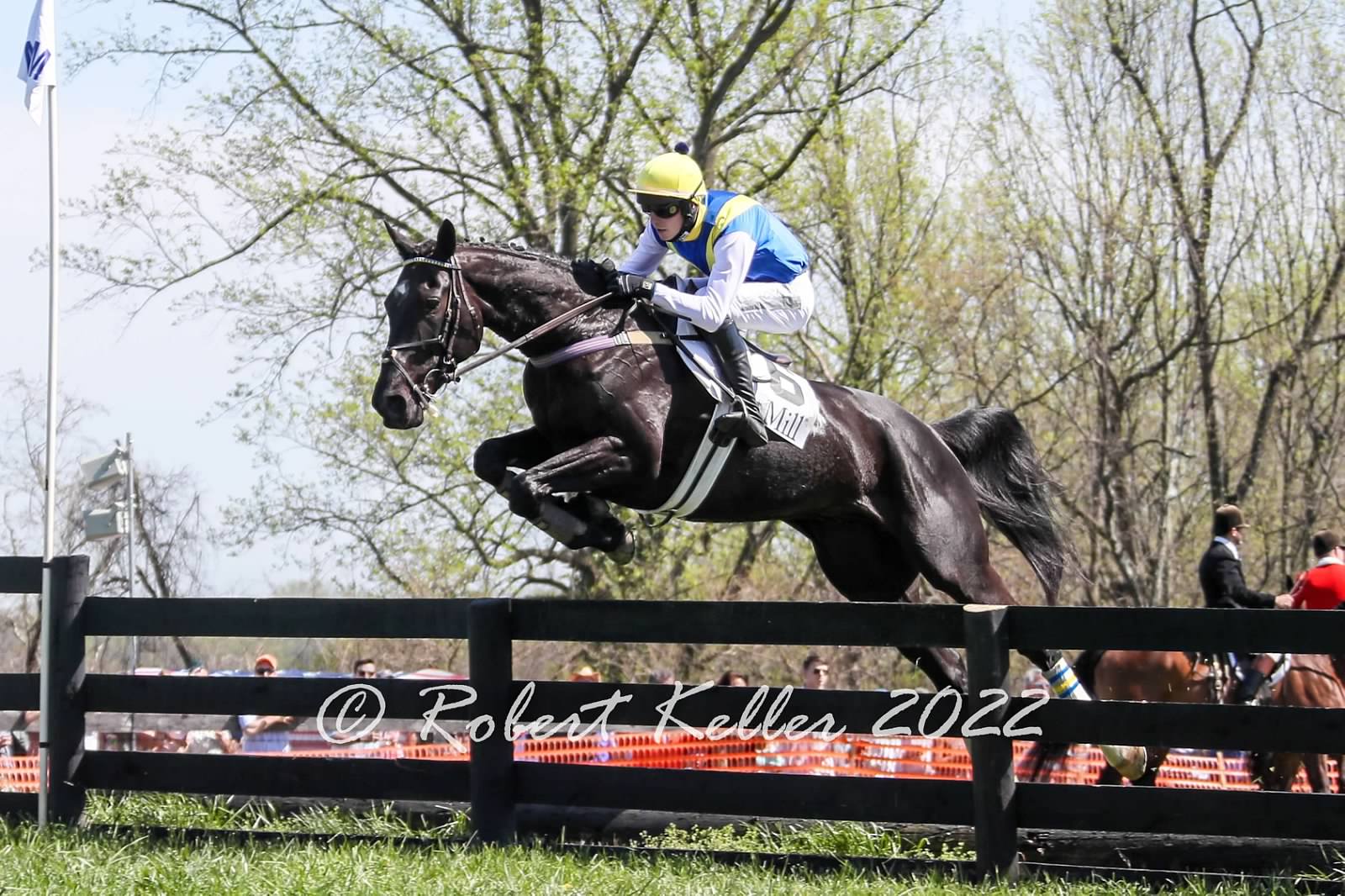 The Thomas H. Voss Memorial Maiden Timber scratched down to five runners. Maryland Hunt Cup nominee Monbeg Stream battled for the lead with So Sublime for the majority of the race. Approaching three fences from home, Monbeg Stream and Freddie Procter opened up a big lead on the rest of the field. Corky Lemon and jockey Connor Hankin, the only other finishers in the race, attempted to close the gap, but John Greene’s Monbeg Stream won easily by 15 lengths. This was the second win of the day for jockey Freddie Procter and trainer Leslie Young. 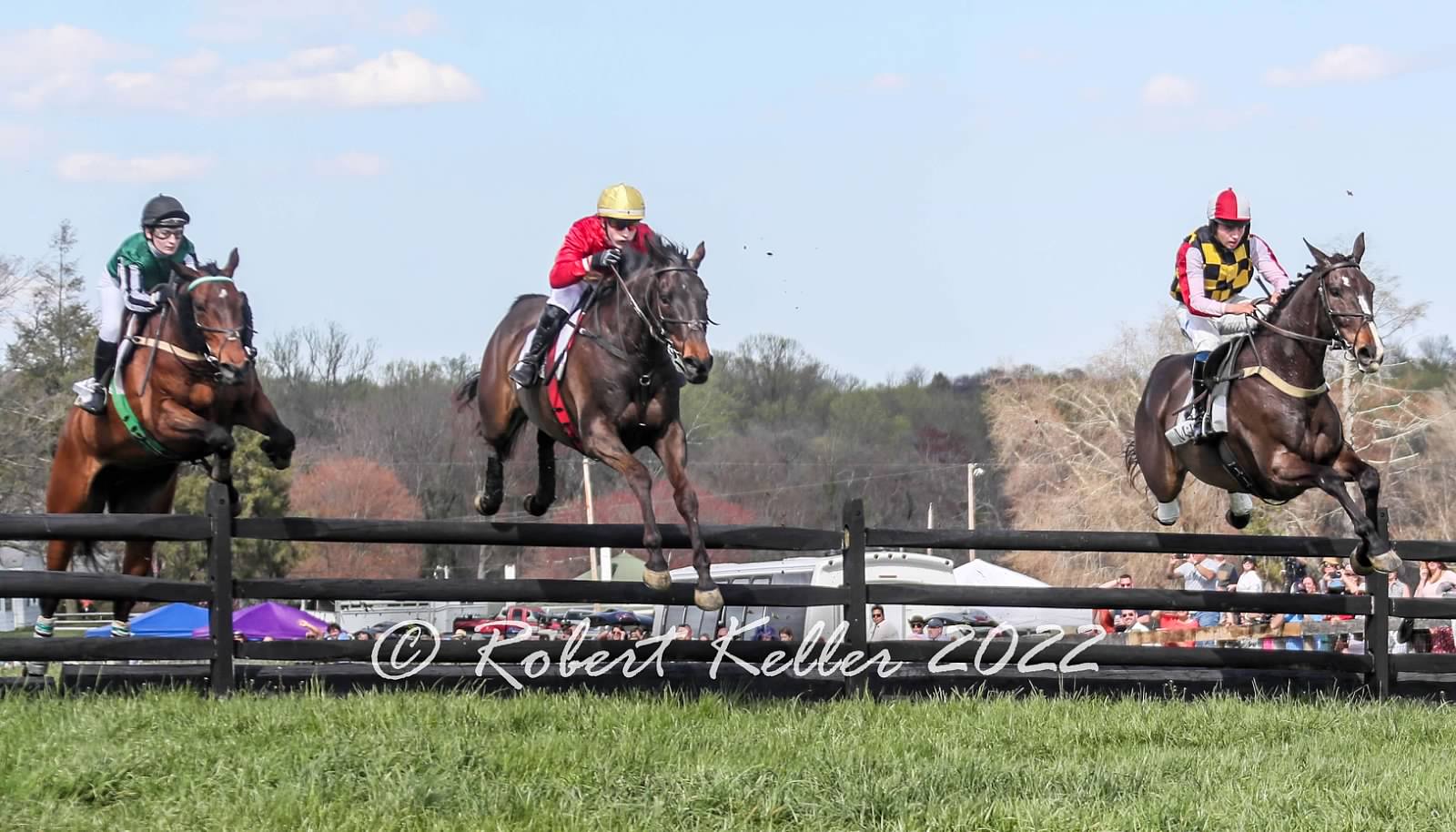 The final race of the day was the John D. Schapiro Memorial Apprentice Rider Timber. The race included Hunt Cup nominees Vintage Vinnie and Renegade River, who were both winners at the Manor last year. Vintage Vinnie won the My Lady’s Manor last year before going on to win the Maryland Hunt Cup in record time. Renegade River broke his maiden at the Manor last year before going on to win the timber stakes at Willowdale. These two horses, both tradionally frontrunners, took turns on the lead and were followed closely by Elusive Exclusive. The race was still up for grabs at the head of the stretch but it was ultimately Vintage Vinnie and Teddy Davies who got the win by half a length over Renegade River and Jamie Neild. The running time of 5:56 was a new course record. This was the second win of the day for Teddy Davies, Armata Stables, and Joseph Davies.

The Grand National Steeplechase Races are next on the MSA schedule. This is the second meet of the Maryland timber triple and the final opportunity for Hunt Cup nominees to run before the Hunt Cup on April 30. Post time for the $30,000 timber stakes is 3:00. This year, the card includes a maiden timber race as well as the allowance timber and the apprentice timber.

For full results from the Manor, please click here.

Tod Marks, the official photographer for the National Steeplechase Association, was also at the Manor. Find his photos here.

Race replays, when made available, can be found here.