Another great season of steeplechasing racing in Maryland has concluded and the winners are ready to be crowned. Tonight, Thursday, June 20 the winners will be celebrated at the annual Maryland Steeplechase Association Governor’s Cup Series Awards Reception held at the Green Spring Valley Hunt Club. Horses, riders, trainers, and owners cumulated points over eight exciting weekends of racing from March to May. Here’s a preview or everything you need to know about the winners if you cannot attend the event: 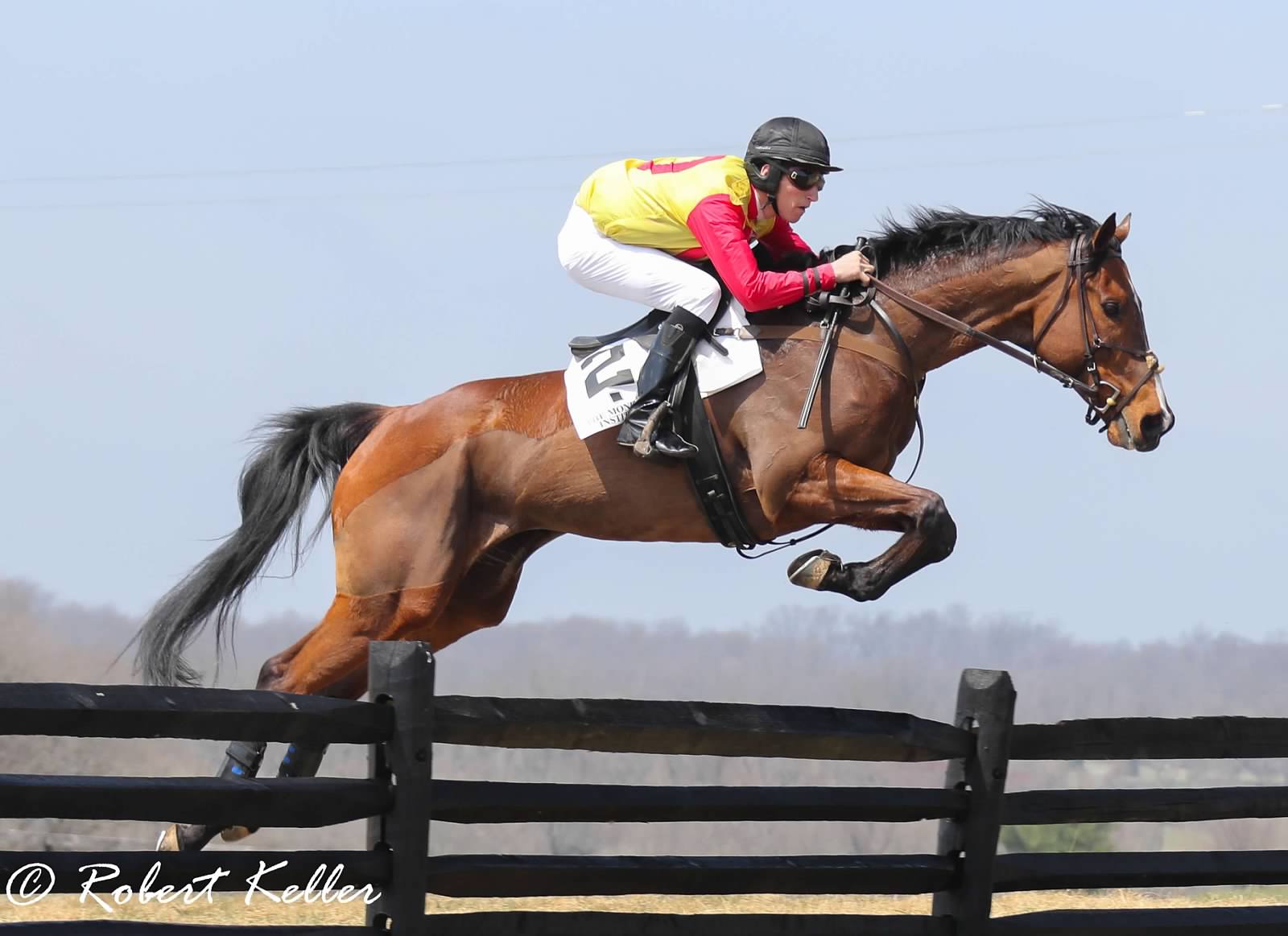 Reigning National Steeplechase Association champion trainer, Jack Fisher, unleashed Schoodic to the Maryland timber racing circuit this spring. Schoodic, owned by Mrs. John Fisher, was making his first starts over timber this year. He previously ran over hurdles and was a regular entry in stakes races. Jockey Hadden Frost rode Schoodic at the My Lady’s Manor Races where he broke his maiden in only his second start over timber. Michael Mitchell then had the ride at the Fair Hill Races where Schoodic made the victory look easy in the Novice Timber, establishing himself as a tough timber competitor on the rise. In between the Manor and Fair Hill, Schoodic won the Mason Houghland Memorial in Nashville, Tennessee. 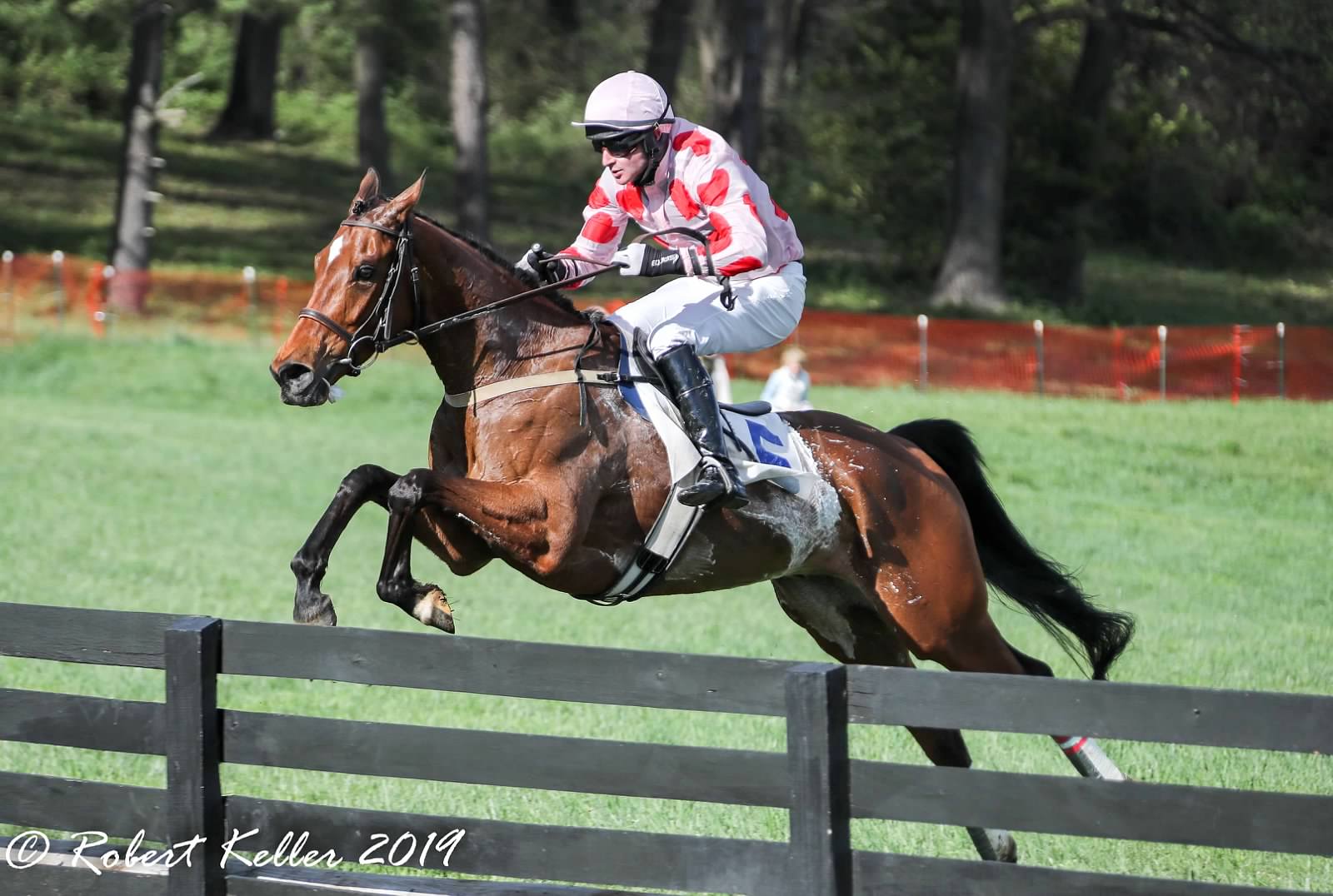 Wrapping up the horse awards is Happenstance and Michael Beecher’s Boogie Biz. Boogie Biz ran at the Green Spring Valley Point-to-Point, the Grand National, and the Potomac Hunt Races. He earned victories with jockey/trainer Mark Beecher at both Green Spring and Potomac.

Jack Fisher has not been the leading trainer in the Governor’s Cup Series since 2007, but he has been the National Steeplechase Association leading trainer for the past several years. He ran sixteen horses at the Green Spring Valley Point-to-Point alone. A couple horses ran at the Potomac Hunt Races but the rest of his Maryland runners were in the races which cross over with the National Steeplechase Association. Political Theatre came off of a win at Green Spring to win again at the Manor Races. Novice Timber Champion Schoodic won at the Manor as well. Drift Society ran in the Grand National and also finished second to Senior Senator in the Maryland Hunt Cup this year. Fisher had four winners at the Fair Hill Races; Schoodic, Overwhelming, Our Legend, and Amnicalola. 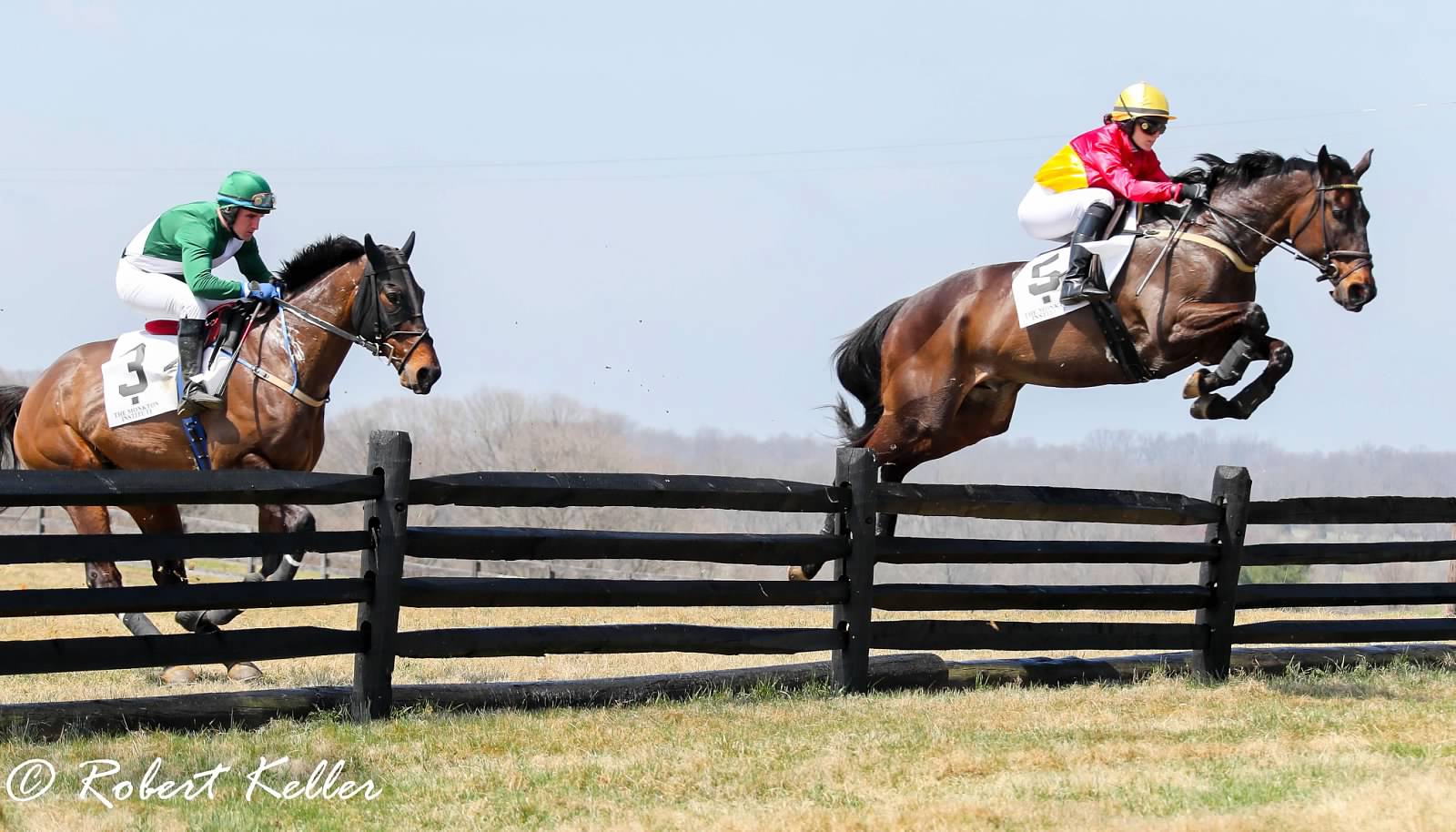 Baumgardner had another solid season making this year her second year in a row with the title. She finished third on Sovereign Fund at Green Spring and third on Wildcatter at the Elkridge Harford Point-to-Point. She was second on The Duck in the Amateur Apprentice Timber at the Grand National and second on Coastal Moon at the Fair Hill Point-to-Point. At the Fair Hill Races she rode four races and didn’t finish worse than fourth. Master Gunner was second in the Allowance Flat and her own Mavourneen was third in the Filly and Mare Hurdle Stakes.

Paul O’Neill rode in nearly every Maryland race meet this spring. His rides included six flat races, two of which were won at the Elkridge Harford Point-to-Point. In addition to these wins on Cotton Town and Flash Jackson, he was second in two races at the Fair Hill Point-to-Point on Lonely Weekend and Include It. All of these horses were trained by Todd Wyatt.

Poretz swept all three jockey titles for the second year in a row. In addition to his big victories on Senior Senator, he won two other timber races at Elkridge on Some Response and Vintage Vinnie. He also won aboard Great Road at the Potomac Hunt Races, this time in a maiden hurdle race. Poretz had successful rides on Stand Down (second at Elkridge and the Manor) as well as Witor who finished second in the My Lady’s Manor Timber Stakes. Jockey Mark Beecher was the closest to Poretz in the standings for amateur, timber, and overall leading rider.

Austin Belt had a bumpy start at the beginning of the season when he went off course and was disqualified at the Green Spring Valley Point-to-Point but he came back very strong after that riding a large, medium, and small pony. Belt rode Class Day to win four of five field master’s chases in the large pony division. He also rode Domino Effect, a medium pony, winning one race at Elkridge and finishing second in the rest of the spring races. Tony the Pony was his small entry; the pair finished second at the Maryland Junior Hunt Cup and the Howard County Cup Races.

Teddy Davies rode in large, medium, and junior horse divisions this spring but most of his successes came from his medium pony, Count Chocula. The pair went undefeated this season, winning field master’s chases and flat races at the Grand National, the Fair Hill Point-to-Point, the Maryland Junior Hunt Cup, the Howard County Cup Races, and the Potomac Hunt Races.

Sophie O’Brien rode in just four races this spring but won three and finished second once earning her the title. She rode Baby Blue in the field master’s chases at Green Spring, the Grand National, the Maryland Junior Hunt Cup, and Howard County. 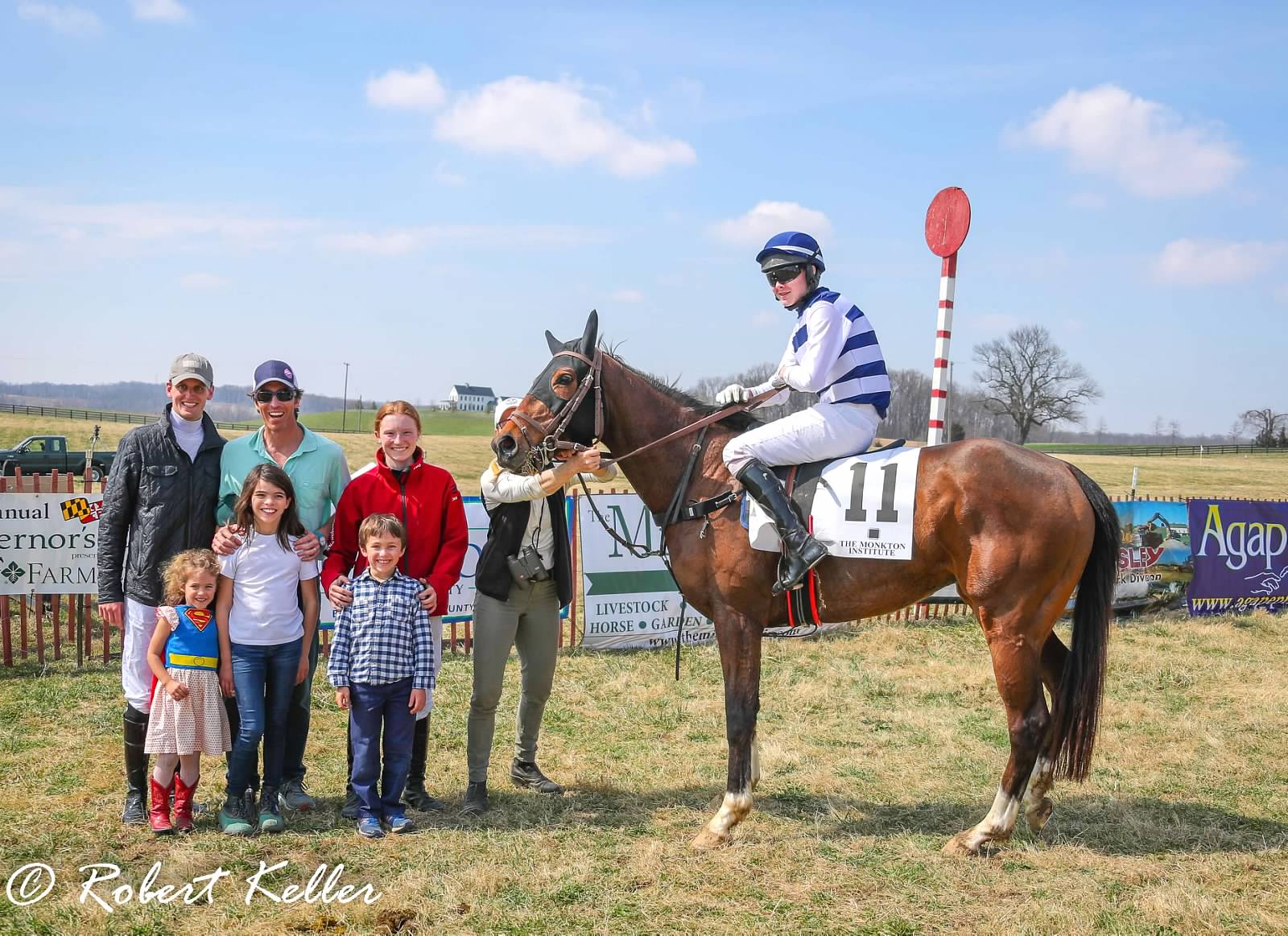 Hendriks rode a variety of horses this spring and also rode a large pony at the Elkridge Harford Point-to-Point. Other rides included a Foxhunter Timber Race on Maryland Hunt Cup winner Guts for Garters and an Amateur Open Flat on Benevolentdictator. However, all of his wins that earned him points in this division were on Lawn Ranger. The pair raced four times and won four times at Elkridge, the Grand National, Fair Hill, and the Maryland Junior Hunt Cup.

The Jonathan Kiser Memorial Scholarship, the Junior Foxchasing Scholarships, and the D.M. Smithwick Group Award will be announced at the event.