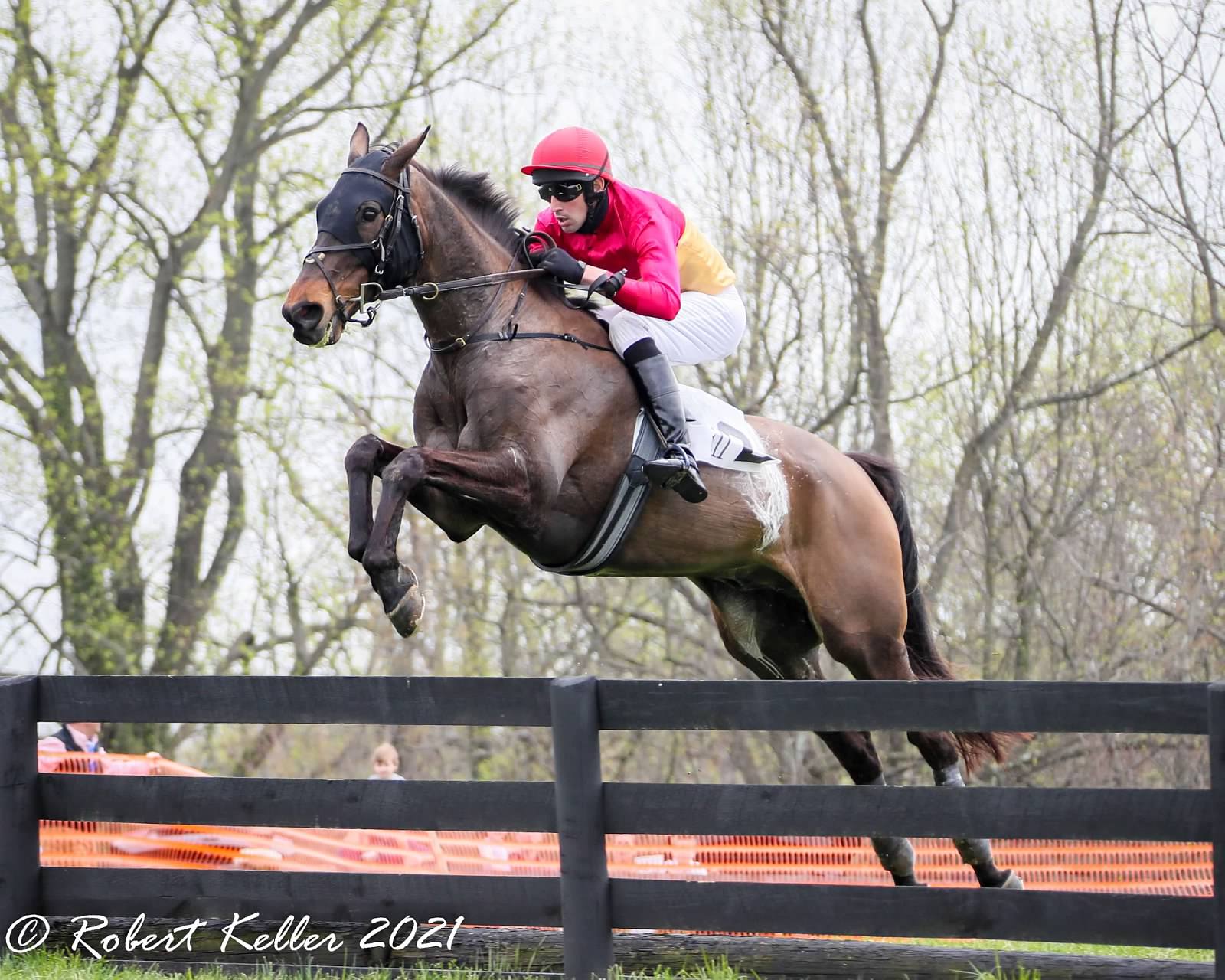 The highly anticipated Maryland timber triple kicked off on Saturday, April 10 in Monkton. The My Lady’s Manor followed its traditional four race card, and allowed a limited number of spectators.

The feature race of the day, the My Lady’s Manor Timber Stakes, was won by Armata Stables’ Vintage Vinnie and jockey Chris Gracie. Vintage Vinnie, who was trained by Joseph Davies, assumed the lead from the drop of the flag and held on to win by 5 1/4 lengths over Bruton Street-US’s Preseli Rock, and Drift Society, who finished third. All three finishers are nominated for the Maryland Hunt Cup. This was Vintage Vinnie’s first run in stake s company and first run over jumps this year. He prepped for the race in a training flat at the Green Spring Valley Point-to-Point. Mystic Strike, winner of the 2019 My Lady’s Manor Timber Stakes and two Pennsylvania Hunt Cups, as well as Schoodic, another multiple timber stakes winner, both slipped and fell around turns. Both horses were reported okay. 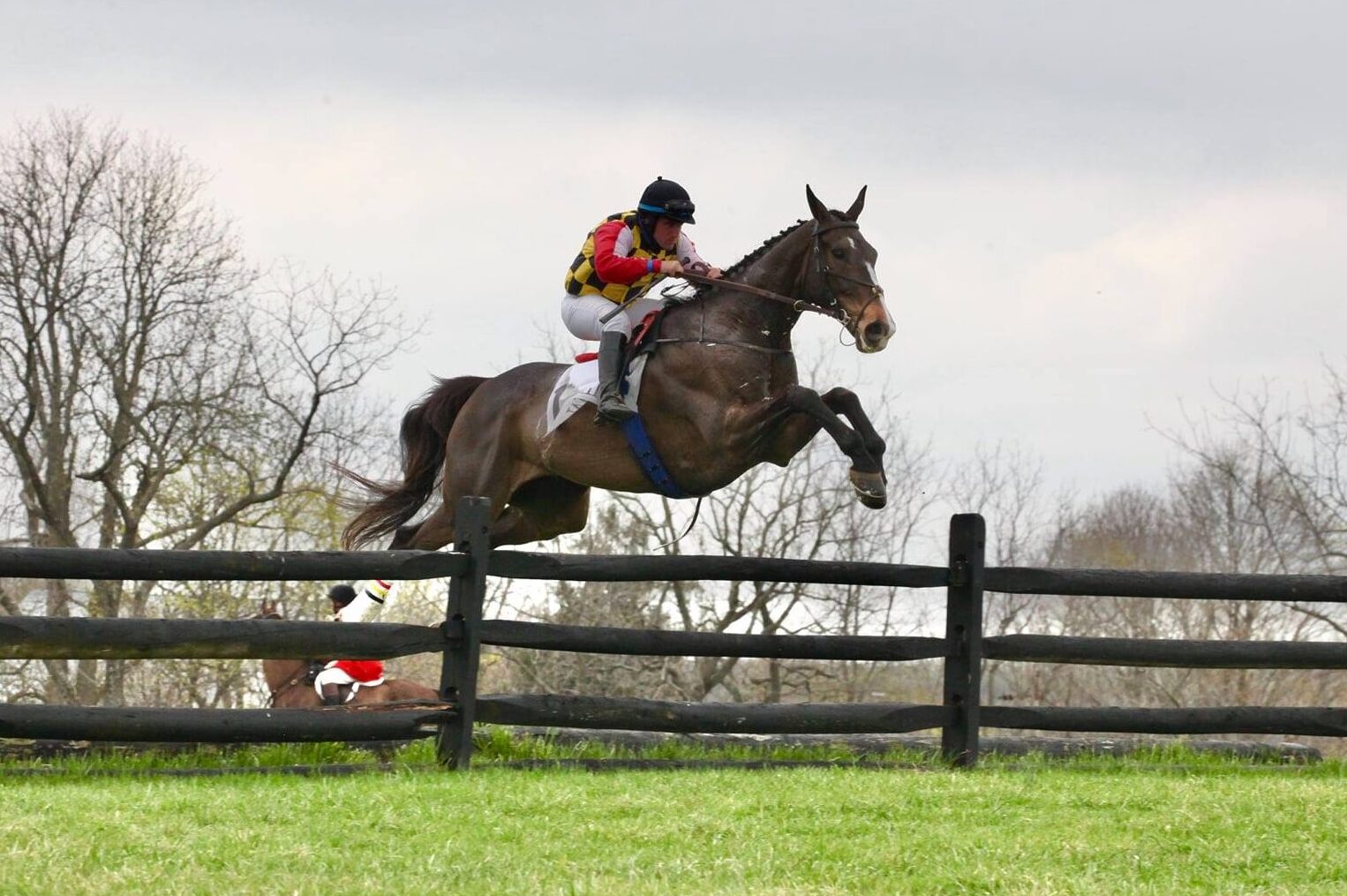 The first division of the maiden timber, the John Rush Streett Memorial, was won by another Hunt Cup nominee, Kiplin Hall’s Renegade River. The eight year old gelding was ridden by Eddie Keating and trained by William Dowling. Similar to Vintage Vinnie, Renegade River went to the lead immediately and held on all the way to win by 4 1/2 lengths. Renegade River ran on the flat and tried hurdles before making the transition to timber in 2019, but prior to this victory, he had never won a race. He finished second to Road To Oz, winner of the third race at the Manor, at the Green Spring Valley Point-to-Point.

Holwood Stables’ Road To Oz, ridden by Graham Watters, won the second division of the maiden timber, the Thomas H. Voss Memorial. The gray gelding was trained by Mark Beecher. Road To Oz stalked the pace in second, landed over the last fence with the lead, and won easily by 5 1/4 lengths over Midnight Shot. This was Road To Oz’s second start over timber. His first was at the Green Spring Valley Point-to-Point, where he won as well. 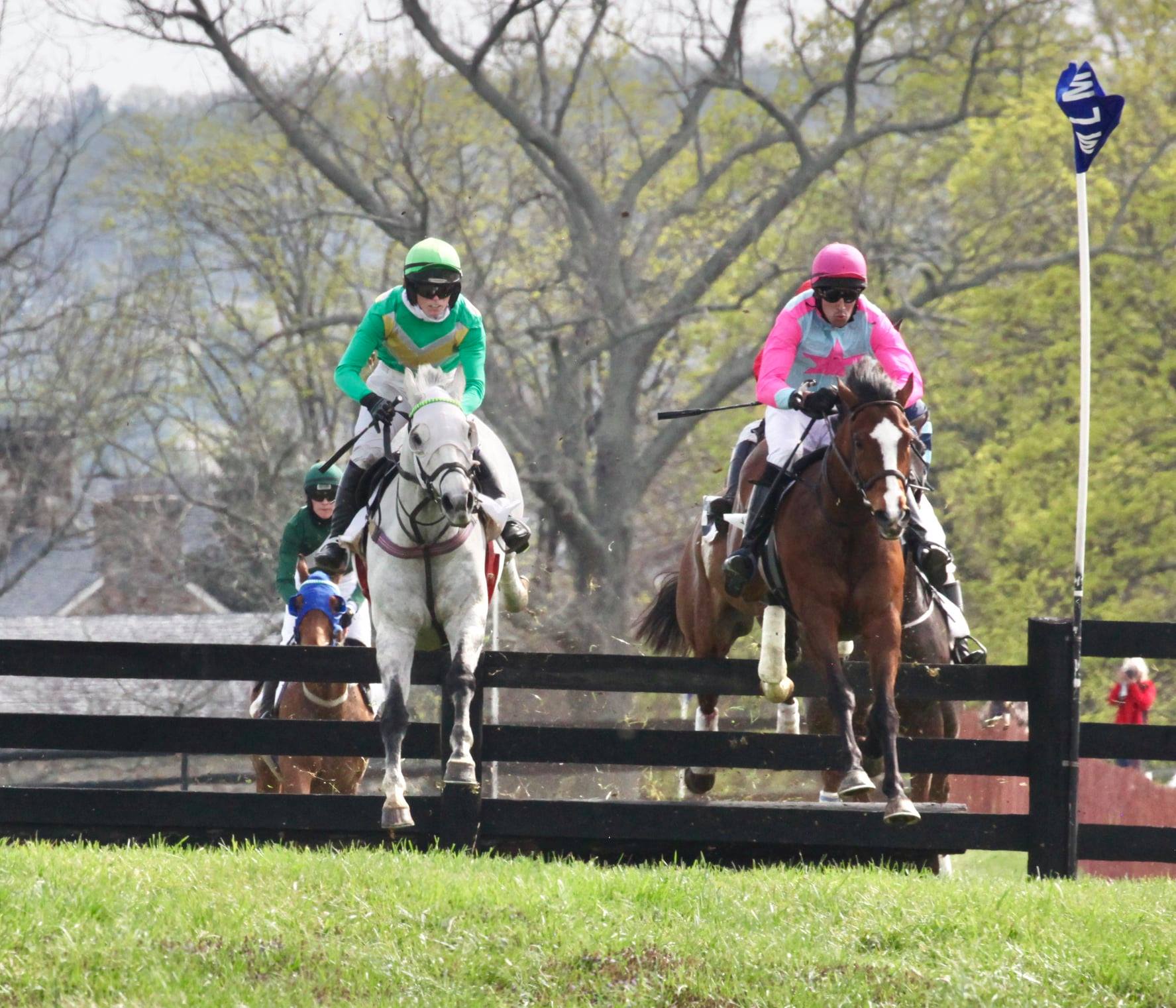 The final race of the day was the John D. Schapiro Memorial Amateur Apprentice Timber. It was a competitive five horse field, ultimately won by Irvin S. Naylor’s Super Saturday. Skylar McKenna had the ride for her mom, and trainer, Katherine Neilson. Super Saturday sat second behind Cheers to Us for most of the race, contested the lead over the last two fences, and prevailed over a tightly bunched field by 1 3/4 lengths. Super Saturday has run over fifty times in his career but had not won a race since 2018, when he scored the Middleburg Hunt Cup Stakes.

To see all of Robert Keller’s photos from the day, click here. This was also a sanctioned National Steeplechase Association meet. Take a look at more photos from official NSA photographer, Tod Marks, here.

The Maryland timber triple continues with the Grand National Steeplechase Races on Saturday April, 17. The Grand National Timber Stakes is the feature race of the day and includes six Maryland Hunt Cup nominees. Entries can be found here.